Say It Isn’t So 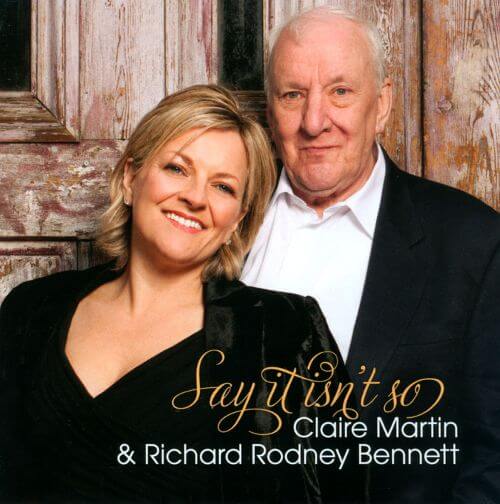 Say It Isn’t So

Say It Isn’t So is a joyful celebration; both of the impeccably crafted songs of Irving Berlin and of the unique partnership between two seasoned performers at the top of their game: Claire Martin and the late Richard Rodney Bennett.

One of The 10 Best Albums of 2013: ‘This collection of Irving Berlin songs has deliciously deft numbers like Shakin’ the Blues Away, and witty ones like He Ain’t got Rhythm (where Rodney Bennett’s quavering tenor is just as satisfying in its way as Martin’s rich, lingering contralto).’ The Telegraph

Lifelong friends on and off stage, Martin and Bennett recorded three studio albums and enjoyed acclaimed concert performances in a collaboration that flourished over two decades. Recorded in New York, Say It Isn’t So is their last recording together and one of which Claire is immensely proud.  Bennett’s skilful arrangements highlight why Berlin was widely considered one of the greatest songwriters of all time and brilliantly showcase Claire’s assured and expressive voice.

The Observer
‘…her singing here is a constant delight.’
more >>

The Sunday Times
‘The composer’s studio collaborations with Claire Martin turned out to be just as compelling…Martin’s readings of How Deep Is The Ocean and What’ll I Do? touch rare depths.’
more >>