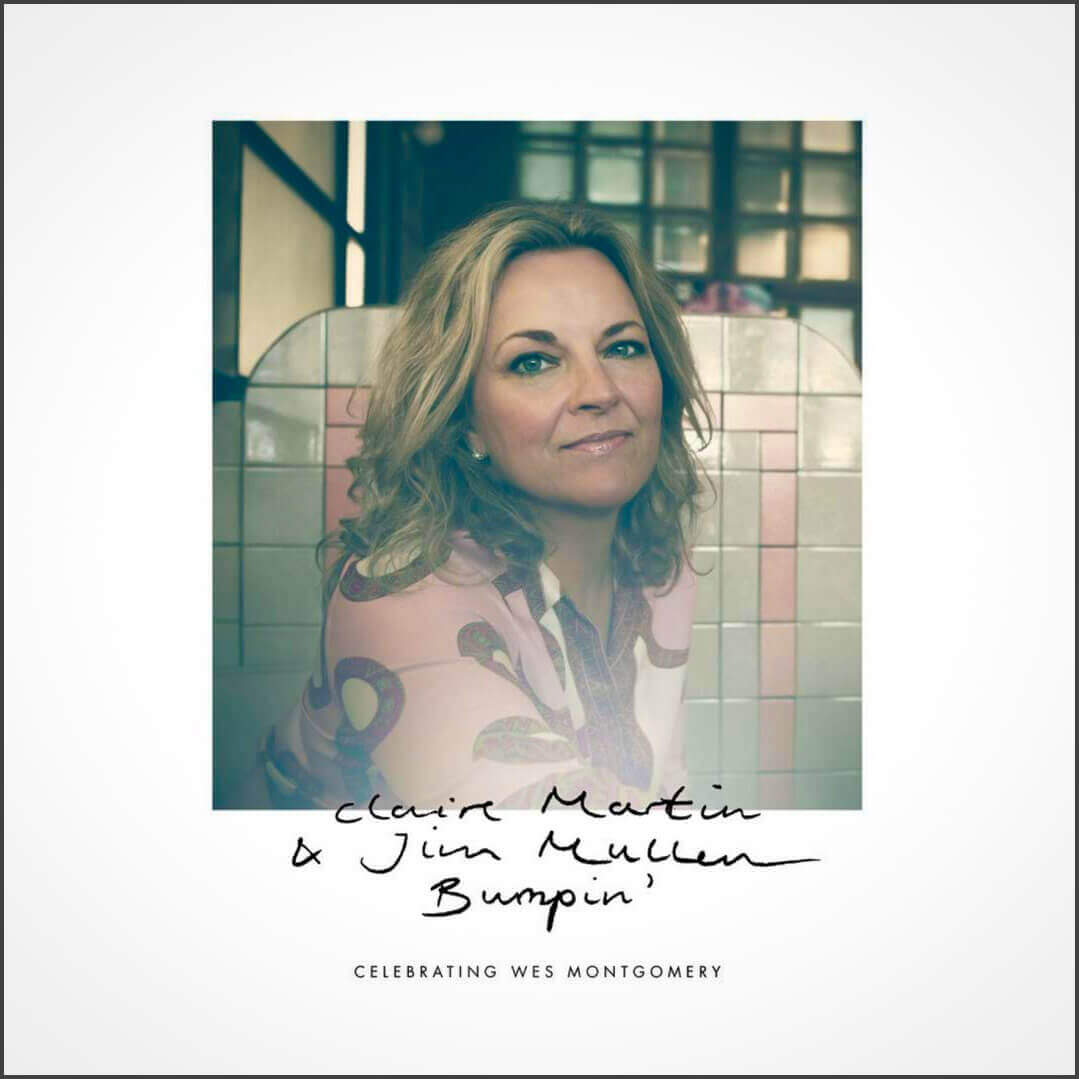 get it at Amazon

Update Required To play the media you will need to either update your browser to a recent version or update your Flash plugin.

Claire Martin and Jim Mullen have recorded a tribute to the iconic guitarist Wes Montgomery, who passed away 50 years ago at the age of 45 (1923-1968). On BUMPIN, the two award-winning English jazz musicians team up with Danish drummer Kristian Leths Trio to pay homage to the influential guitarist with classic Montgomery melodies and some of the standards he was known for playing throughout his illustrious career.

Claire Martin, who currently lives in Brighton, has performed all over the world over the last 30 years and has been called one of the top four jazz singers on the planet by the Jazz Times magazine. She has been performing professionally since she was 19 years old, and just two years later she achieved her dream of singing at Ronnie Scott’s legendary jazz club in London’s Soho district. Since then, she has released 18 albums including collaborations with prominent musicians such as Martin Taylor, Bill Charlap, and Kenny Barron, as well as having been part of an intimate and celebrated duo with the famed composer and pianist Sir Richard Rodney Bennett up until his passing in 2012. Claire has also been a featured soloist with The Royal Philharmonic Orchestra, the BBC Big Band, and the BBC Concert Orchestra. She has received seven British Jazz Awards, including two “Best Vocalist” prizes in 2009 and 2010, and another for 2012’s Best Jazz Release: TOO MUCH IN LOVE TO CARE, a collaboration with Kenny Barron which received universal acclaim and for which the Jazz Journal called her “one of the finest jazz vocalists in the world today.”

Claire Martin has worked with legendary Scottish guitarist Jim Mullen for 30 years. He has also been recognized with several British Music Awards, including “Best Guitarist” in 1994, 1996, and 2000. The 74-year-old Glasgow native has never sounded better with his own distinctive style inspired by Wes Montgomery, among others. His career got off to a flying start with Pete Brown & Piblokto!, as a member of Brian Auger’s Oblivion Express, and later with the Average White Band. In the mid 1970s he met the tenor saxophonist Dick Morrissey and formed the jazz-funk band Morrissey-Mullen. Jim has played and recorded with Mose Allison, Tam White, Mike Carr, Jimmy Witherspoon, Georgie Fame, and countless others throughout a long and glorious career.

“Wes Montgomery’s music continues to influence and inspire not only guitarists, but all jazz musicians. Two of the world’s finest jazz musicians, Claire Martin and Jim Mullen, make a magical partnership with this tribute to the great man with one of the most exquisite recordings I’ve ever heard.”