"Few vocalists are as elegant and eloquent as Claire Martin... she's one of the crown jewels of the jazz world." 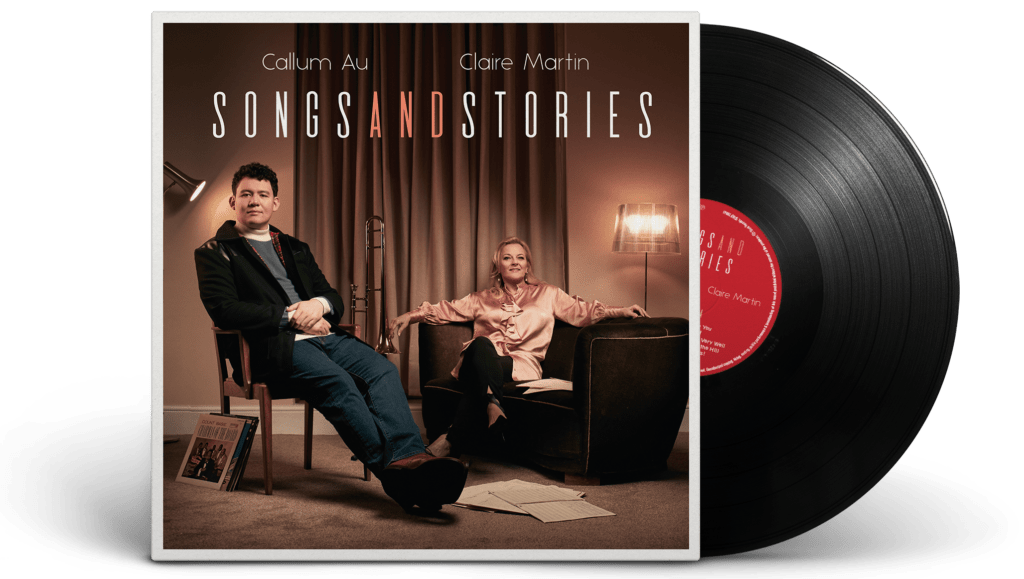 “Callum and I are delighted to win the award for best album 2021 at the Parliamentary Jazz Awards. We would like to say a massive thank you to all the incredible musicians that played so beautifully on the album and extend our special thanks to everyone at Sundance Records for their support and encouragement. Thank you all!”

Thanks for signing up, . Please check your email inbox (and spam filter, just in case) for a verification email from us and confirm your subscription.

Claire Martin has released more than 20 albums on the prestigious Glasgow based Linn Records label.

Linn recording artist Claire Martin has to worldwide critical acclaim established herself as a tour de force on the UK jazz scene gaining many awards, including winning the British Jazz Awards eight times during her career which spans over three decades. In 2018 she was the proud recipient of the BASCA Gold Badge Award for her contribution to jazz.

Claire became a professional singer at 19 and two years later realised her dream of singing at Ronnie Scott’s legendary jazz club in London Soho. Signed to the prestigious Glasgow based Linn Records in 1990, Claire has since released 18 CDs with the label, collaborating with musical luminaries including Martin Taylor, John Martyn, Stephane Grappelli, Kenny Barron, Richard Rodney Bennett and Jim Mullen on many of these recordings.

Claire has performed worldwide with her trio and, until his death in 2012, worked extensively with the celebrated composer and pianist Sir Richard Rodney Bennett in a cabaret duo setting both in England and the US where they played to sell-out houses at venues including the prestigious Algonquin Hotel in New York City.

Claire appears as a featured soloist with the Halle Orchestra, the Royal Liverpool Philharmonic Orchestra, the RTE Concert Orchestra, the Royal Northern Sinfonia, the BBC Big Band and the BBC Concert Orchestra. Claire co-presented BBC Radio 3’s flagship jazz program ‘Jazz Line Up’ from 2000 to 2017 and interviewed many of her musical heroes such as Pat Metheny and the late Michael Brecker. Her 2009 CD A Modern Art prompted Jazz Times USA to claim: “She ranks among the four or five finest female jazz vocalists on the planet”.

At the Queen’s Birthday Honours in June 2011 Claire was delighted to be awarded an OBE for her Services to Jazz.

Easily the best British singer of her generation

There are few, if any, finer jazz singers than Claire Martin. She’s certainly the best the U.K. has produced, with her cunning mix of straight-ahead purity and interpretive legerdemain.

Ms. Martin’s many admirers will not be surprised by the impact she makes with her cool approach, and newcomers to her art will find a reason to believe.

Cooked up in Croydon. Friends for more years than either care to remember, Claire Martin and Pete Long whip up a frothy mix of musical gems and fascinating insights from their shared love of jazz music past and present. Served with sparkling repartee and a generous dollop of humour.

We’re looking forward to hearing from you and will do our best to respond promptly. For any messages addressed to Claire directly, please understand that she will not always be able to respond in person.

Thanks for contacting us, .

Somebody will be in touch with you a.s.a.p. if required.

Please understand that submissions from this contact form are not reaching Claire Martin directly and will only be forwarded at her management's discretion.